Two Directors Added to Six Flags Board of Directors

Naomi Scott to Star in Amblin’s ‘Distant’ Opposite Anthony Ramos

Netflix Potentially Acquiring ‘The Woman In The Window’ from Disney 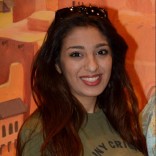 Earlier this morning, the 72nd Primetime Emmy nominations were announced. For the first time, Netflix has dominated the nominations with 160 nominees for various categories, a title previously held by HBO. It also marks the first time that Disney Plus gets an Emmy nom.

The nomination announcement was hosted by former Saturday Night Live alumni, Leslie Jones, along with Josh Gad, Laverne Cox, and Tatiana Maslany. There are tons of great shows that are nominated and some unfortunate snubs but either way, it will make for a great start for the 2020 award show season!

While it’s not much of a surprise that Baby Yoda made it on this list, it is a bit shocking that The Mandalorian is nominated for Best Drama Series; an unconventional choice despite the fanfare. However, there are a few actors who are missing from this list such as Reese Witherspoon, Nicole Kidman, Steve Carrell, and others.

In the past year, Reese Witherspoon has starred in three different drama series, Little Fires Everywhere (Hulu), The Morning Show (Apple TV), and Big Little Lies (HBO), all of which she deserved a nomination for.

Be sure to check out the extended list of Emmy nominations here. The awards will broadcast live on CBS on Sunday, September 20th, 2020 and will be hosted by Jimmy Kimmel.

“The Mandalorian” (Disney Plus)

Lead Actor in a Drama Series

Lead Actress in a Drama Series

Lead Actor in a Comedy Series

Lead Actress in a Comedy Series

Christina Applegate (“Dead to Me”)

Linda Cardellini (“Dead to Me”)

Lead Actor in a Limited Series or Movie

Mark Ruffalo (“I Know This Much Is True”)

Lead Actress in a Limited Series or Movie

Octavia Spencer (“Self Made”)

Supporting Actor in a Drama Series

Supporting Actress in a Drama Series

Supporting Actor in a Comedy Series

Supporting Actress in a Comedy Series

Get the top news of the week straight to your inbox!

Netflix Potentially Acquiring ‘The Woman In The Window’ from Disney

I accept use of cookies
PRESS ESC TO CLOSE